Introduction: Celiac disease results from the interaction of gluten, the immune system, and genetic and environmental factors, which is diagnosed via clinical symptomsincludingweight loss, steatorrhea, and malnutrition. It is usually presented in children who have malnutrition and failure to thrive, but it has been recently reported in some obese children. Since nowadays screening of high-risk/susceptible groups has been emphasized, this study aimed to evaluate the frequency of serologic celiac disease in obese children.
Methods: This cross-sectional study was conducted on 104obese children who referred to the Endocrine Clinic of Shiraz University of Medical Sciences, Shiraz, Iran in 2016. Data were collected using a questionnaire through face to face interviews. To measure Anti TTG IgA and total IgA Ab, 5 ml blood sample was taken. Data analysis was done using SPSS version 18.
Results: The mean age and BMI of the participants were 10.33±2.39 and 24.71±4.78, respectively, 65% of whom were girls. In this study, five patients (4.9%) had positive Anti TTG IgA, 80% of whom had reported positive gastrointestinal symptoms. The statistical tests suggested a positive and significant correlation between gastrointestinal symptoms and Anti TTG IgA.
Conclusion: Compared to 2% prevalence of serological TTG Anti in our community, a 5% prevalence Anti TTG IgA in obese children may indicate that there is an increased risk of potential celiac in obese children compared to the normal population. Therefore, it is recommended to screen obese children for celiac disease periodically and perform endoscopy and biopsy in the cases with persistence of anti-TTG. 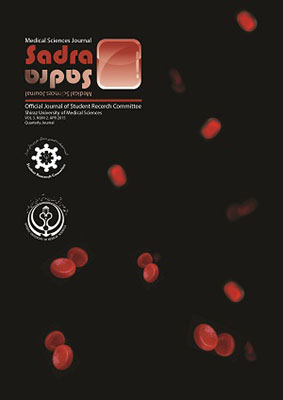